A Dutch open banking outlook for 2020

The way for open banking in Europe has been paved by PSD2. With the pieces in place for a positive disruption, what can we expect to happen in 2020?

industry
Open banking has proven to be nearly inexhaustible subject for speculation and prediction. Now that PSD2 has paved the way for Europe to join the open banking revolution, 2020 will potentially yield the first concrete evidence of market disruption. As a result, 2020 is promising to be an exciting year for open banking enthusiasts as much as for sceptics.

Like many countries pushed by the PSD2 legislation, the Netherlands is in the middle of placing the nuts and bolts for open banking adoption. If the UK is exemplary, we should expect open banking to flourish after this initial year. In this quick read, we propose three predictions about the upcoming year. Let’s call it a ‘2020 outlook’ for marketing purposes.

PSD2 has to a large extent levelled the European playing field, making open banking increasingly border-agnostic. The prognosis for 2020 is a first step towards a European market consolidation, where companies will put effort into claiming crossborder market share.

The Netherlands is considered a valuable market with its high adoption of digital banking and a mature digital payments industry. Not surprisingly, the first international competitors have already entered the Dutch market. Last year, Nordic technology provider Tink set foot in the Netherlands and just recently the Spanish digital bank Openbank launched their Dutch branch. Other parties we can expect to open up service in the Netherlands include ING’s Yolt, the Icelandic Meniga, or more mature challenger banks like Starling or N26. The latter two offer a marketplace-style approach to open banking that is currently not available in the Dutch market.

The entrance of international competition will trigger diversification in the offered propositions and accelerate adoption of open banking in the Netherlands.

Cooperation between fintechs and incumbents is a well-discussed subject, especially in the light of open banking. Yet, so far open banking has sparked few signs of a cooperative proposition from a traditional player and a challenger. Part of this is attributable to the limited number of PSD2 licenses (9 AISP) granted to Dutch companies so far. Another reason is that 2019 has been a year in which banks were internally preoccupied with laying the foundation for PSD2, and non-banks institutions were in the early considerations of getting a license.

As 2020 progresses, we will see a steeper rise in the amount of fintech companies and financial institutions applying for - and receiving - a license. This will spark increased integration of fintech propositions with financial services, or vice versa. The focus will shift more and more from balancing the delicate line between regulation and innovation towards a go-to-market of disruptive open banking propositions.

One of the unique characteristics of open banking is its potential application beyond the financial industry. Uptil now, each of the current 9 Dutch PSD2 AISP licenses involves a company either offering financial services or enabling technology. Yet, the UK’s experience shows us how loyalty, housing, sustainability and even education (e.g. financial literacy) are just a few of the areas where open banking can have an impact.

Now that the nuts and bolts of PSD2 are in place, 2020 will spawn new propositions in sectors other than the financial industry. A first example in the Netherlands includes OK app, aiming for a PSD2 license to facilitate a digital app for loyalty cards.

A dot on the horizon

Although open banking has so far been reticent in its disruption, 2020 promises to be a year of acceleration. A year in which the industry will start to move more and more from purely regulation towards innovation and value creation for the end consumer. Nonetheless, we should realise that reaching the full potential of open banking will take years to come - and is currently little more than a dot on the horizon. Who knows by then we might be busy with PSD3.

Why people don't just need a categorisation of their expenses

Open banking will be an uphill battle for financial incumbents. The industry has realised that cooperation with Fintechs can relieve many of the challenges. 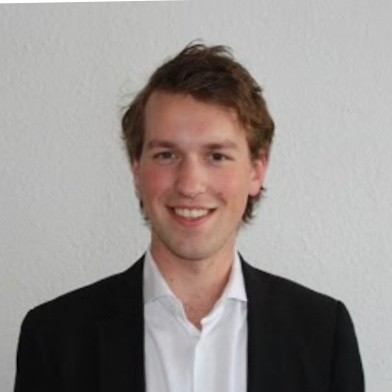 Jeroen van Winden, 7/24/2019
Read more
We are Bittiq. We want to make financial decisions simple for everyone.
We are trusted by: